1) You should be having some degree of fun making your art! If you’re not having fun, try a different medium. Traditional art has always invoked mixed emotions in me but photo manipulation? I love it wholeheartedly!

2) An encouraging voice makes things a lot easier. Even if it’s just one person, their encouragement can make a world of difference. Looking back at some of the first photo manips I did makes me a little embarrassed now but at the time? It was the best I could do and the kind words I received about my art pushed me to keep making more-and improving with each one. [Examples of my early manips below] 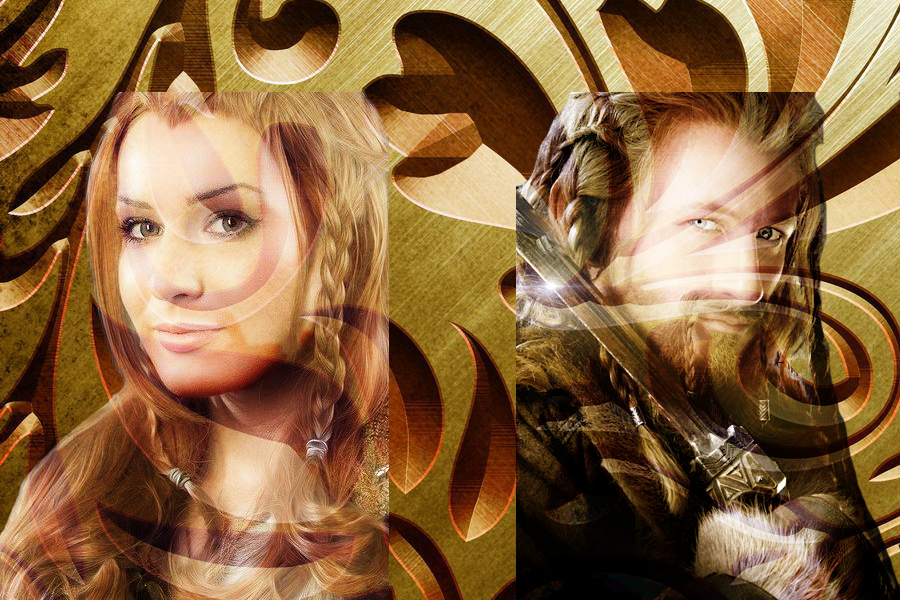 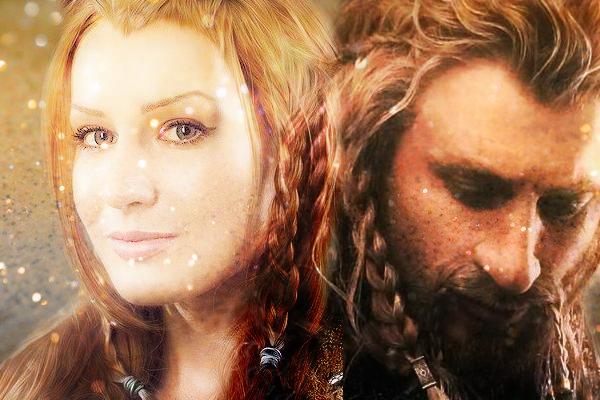 3) Speaking of bad art, don’t be afraid to be bad or to try out new things. My early manips are decent. I even still like a few of them! I think I improved each time I tried but it was when I branched out and tried making collages that I really hit my stride. My first collages were basic but the more I made, the more I figured things out. Starting out simple is fine. It still looks good! Start light. The more you try, the more you learn what you like and what looks good to you.
[First example from 2017, the second from 2020] 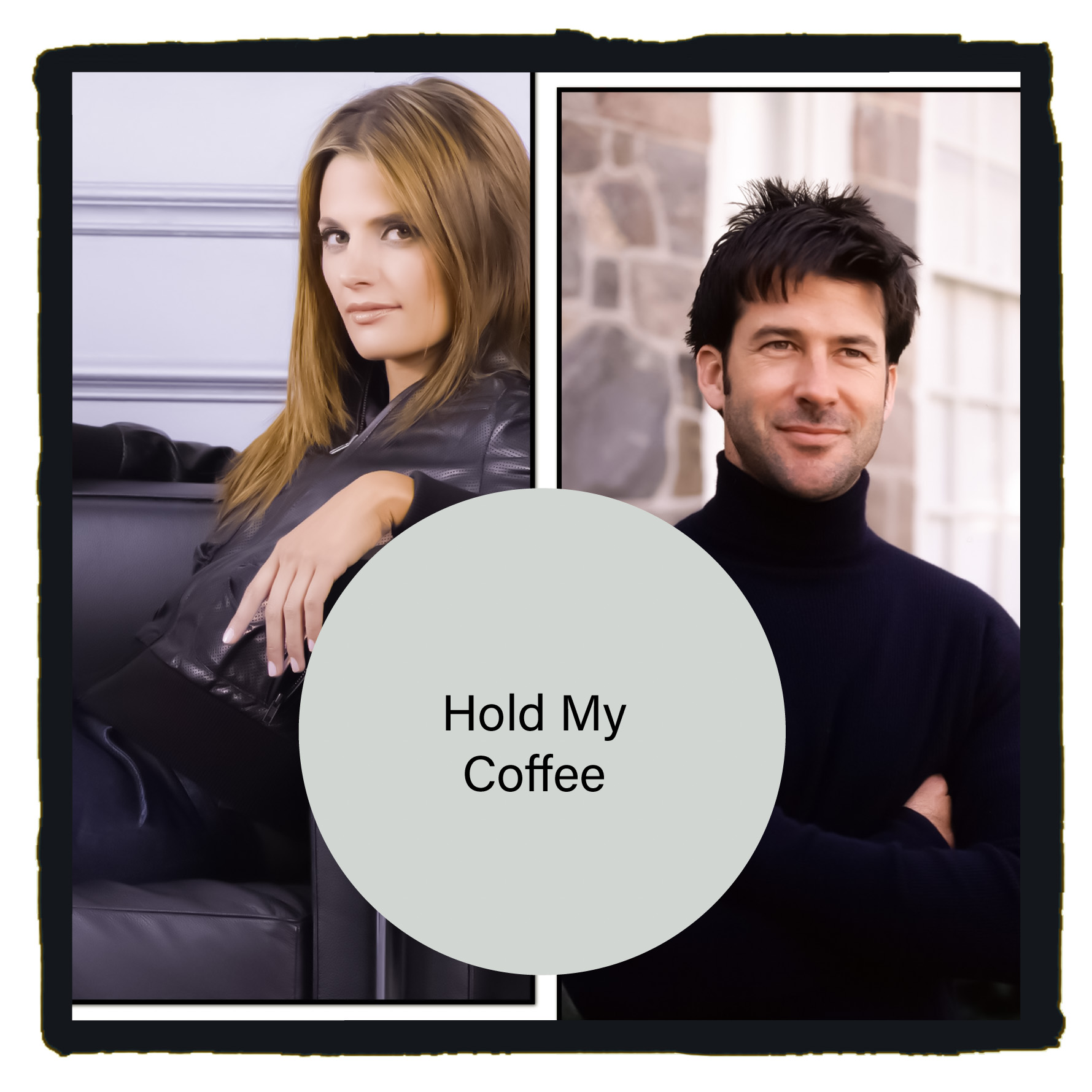 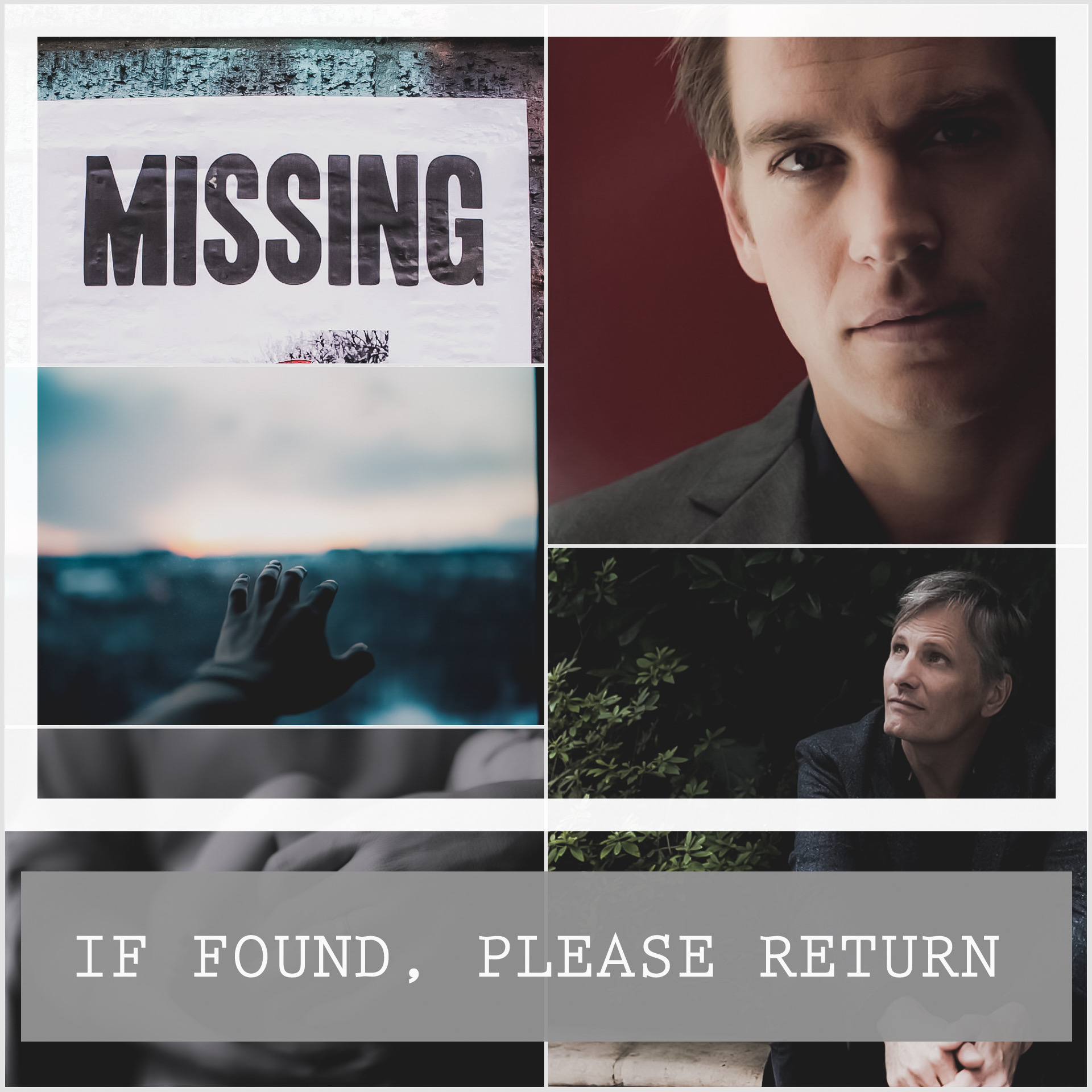 The improvements in my collage-making also inspired me to try making photo manips again.

4) Now, on to the more specific stuff! I’ve used a variety of programs and apps and I’ve settled on two main ones. Personally, I use free apps because I’m perpetually broke so let me assure everyone that it is possible to create stuff that looks nice even if the program/app isn’t big and fancy. The apps I use primarily are Adobe Photoshop Express Photo Editor (henceforth shortened to PS Express) and Autodesk Sketchbook (shortened just to Sketchbook). As a further disclaimer, you do have to make an Adobe account to use their app, but you do not have to pay! I certainly don’t. Also, I use these apps mostly on my ipad- because I have one of those ipads that can pass for a laptop. Seriously, it’s big. When I want to take it with me when I go somewhere, I have to use one of my big purses because it doesn’t fit in any of my normal purses. Anyway, you can download these apps on a desktop from the Microsoft store, which I have also done, and they both work fine in my experience. I just like to use my ipad for personal reasons (can’t take the desktop outside!).

5) Personally, I use PS Express for collage making and photoshopping (obviously lol) while using Sketchbook for editing, coloring, and photo manips. I’ve used other (free) apps like Pixlr and Pic Collage for effects as well but usually, my main two apps are enough.

6) What I like about PS Express is that it’s easy to use. The app offers you premade looks or you can alter the details (like contrast, saturation, highlights, etc) yourself. You can also do both which is a definite favorite of mine; I like to use one of the premade looks (like Soft, Dappled, or Charm 24) and then increase or decrease specific details like tint or shadows. To soothe the rougher edges of a lower quality image (hd screencaps can be hard to find lol), I like to use the effects of Fade, Grain, and Reduce Luminosity, all of which I think help to hide the lower quality of an image. How much of these effects is a personal choice, though personally, I tend to go mid to heavy. I also advise that not every piece needs to be heavily photoshopped, sometimes just small changes are enough. Not every piece needs an added light effect either, though PS Express offers them. It just depends.

7) Let’s go through the steps! For me, the max number of images I use for a collage is nine (because that is the actual max lol). For this example, I chose six! This is the default. 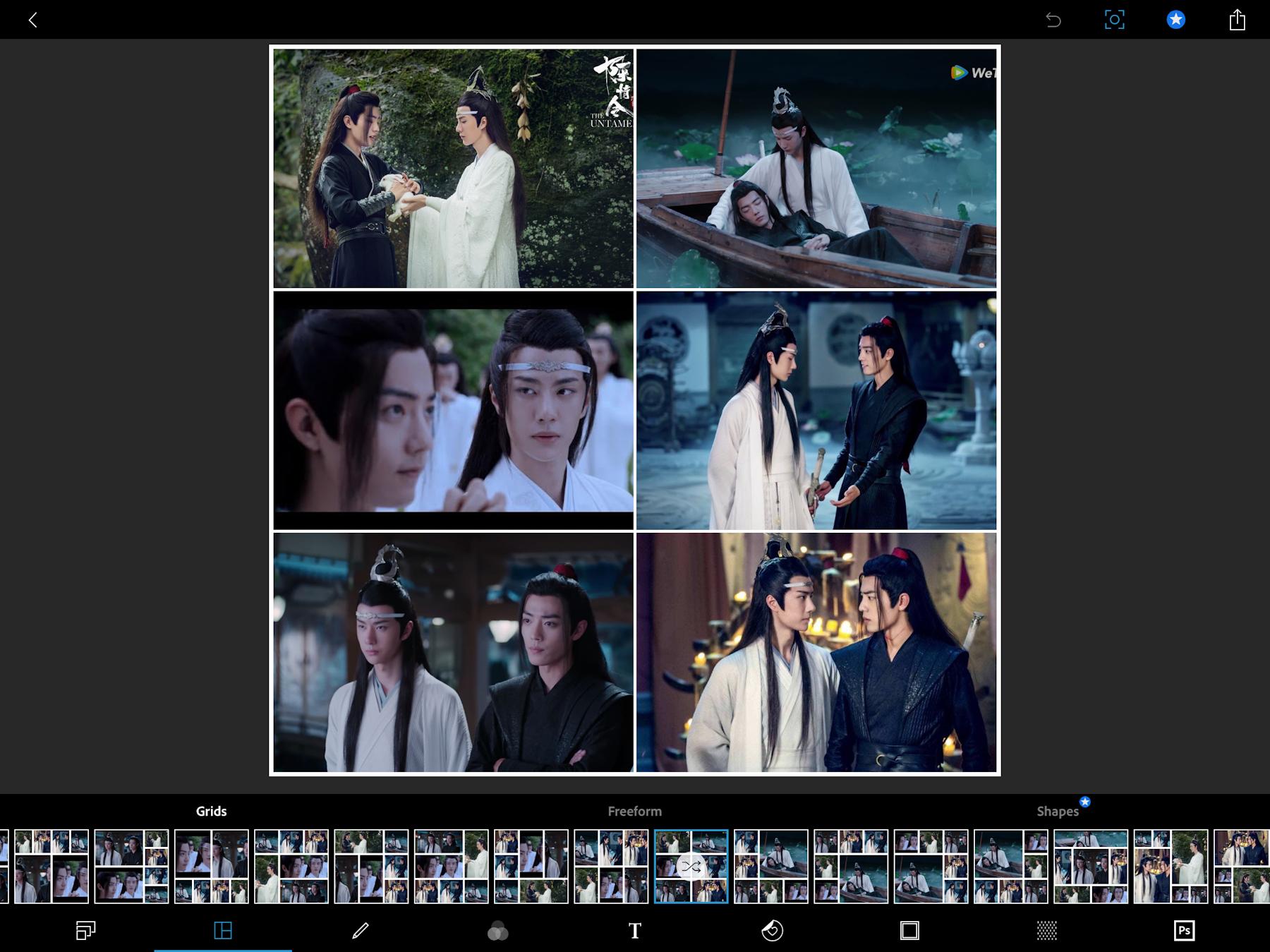 You can change the design of the collage and if you want to change the order the images are in, click on the white button which I circled in the picture below. Or, if you’re on the app, just drag the images with your fingers. I presume you can do similarily on a computer with a mouse but if not, then just use the circle until you like the arrangement. 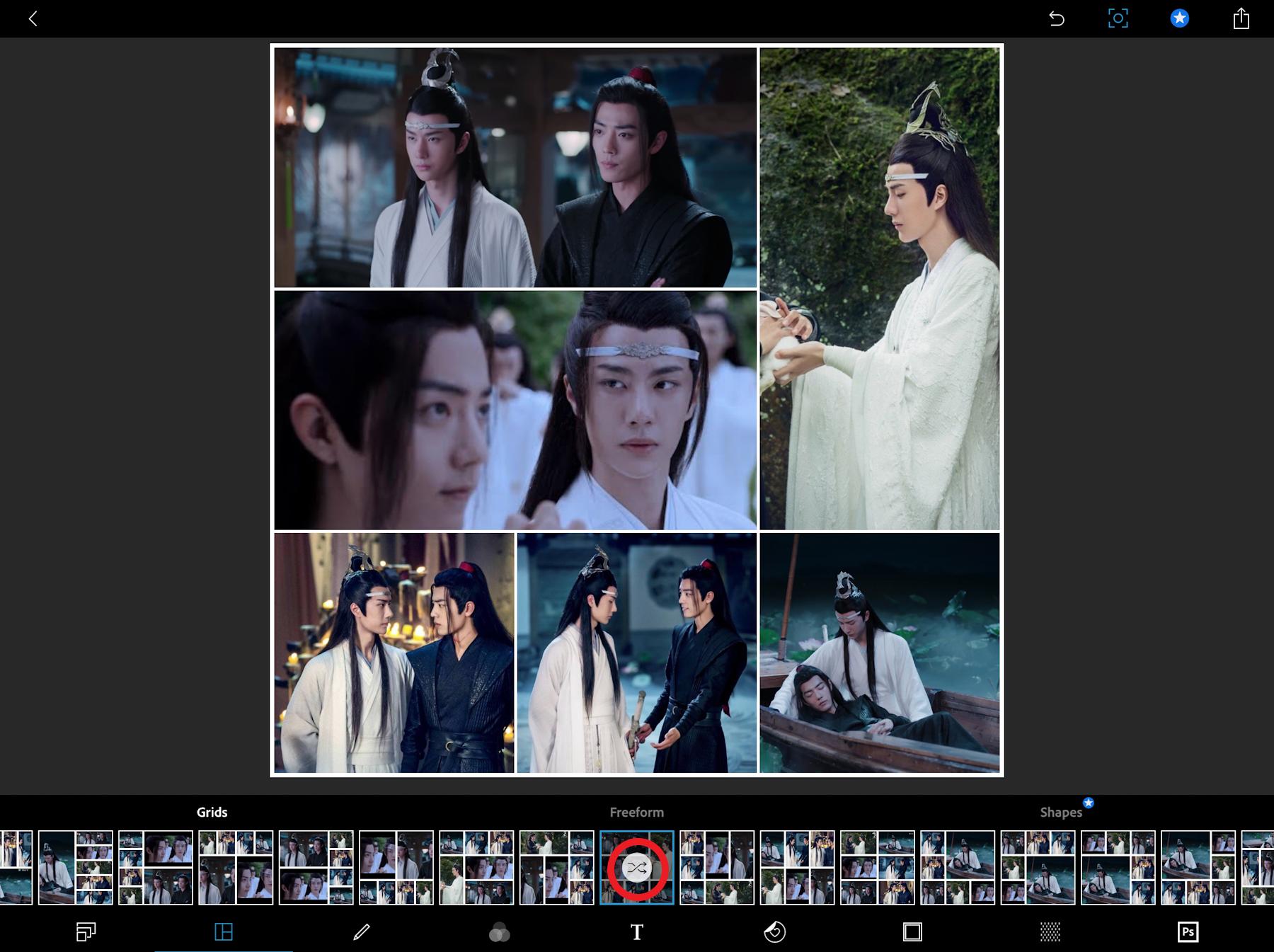 Now, here is the collage without any editing! 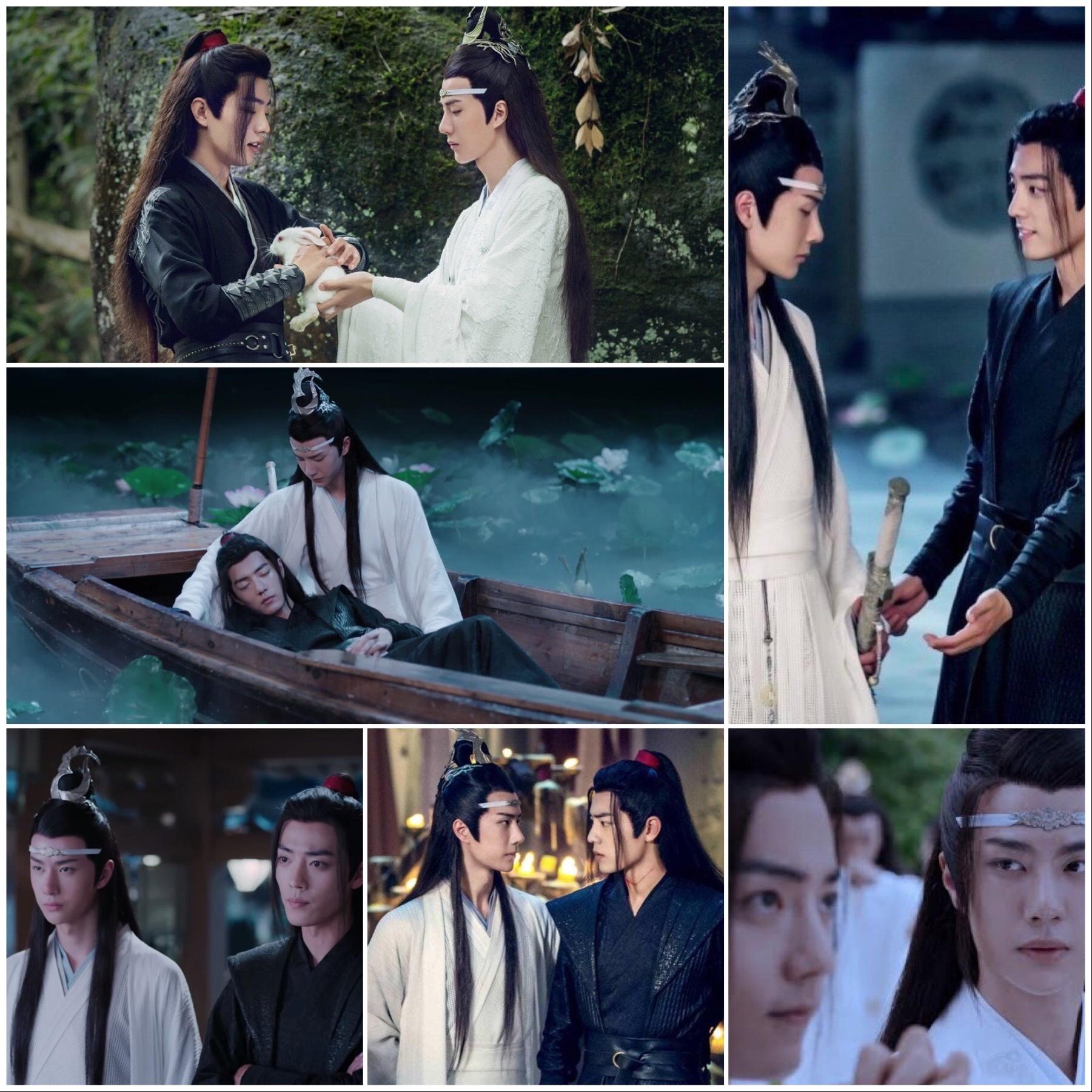 To edit, save the image and then exit out of “collage”, going to “edit” instead. You can use one of the premade looks, as I said before. It looks genuinely nice! This is how Charm22 looks: 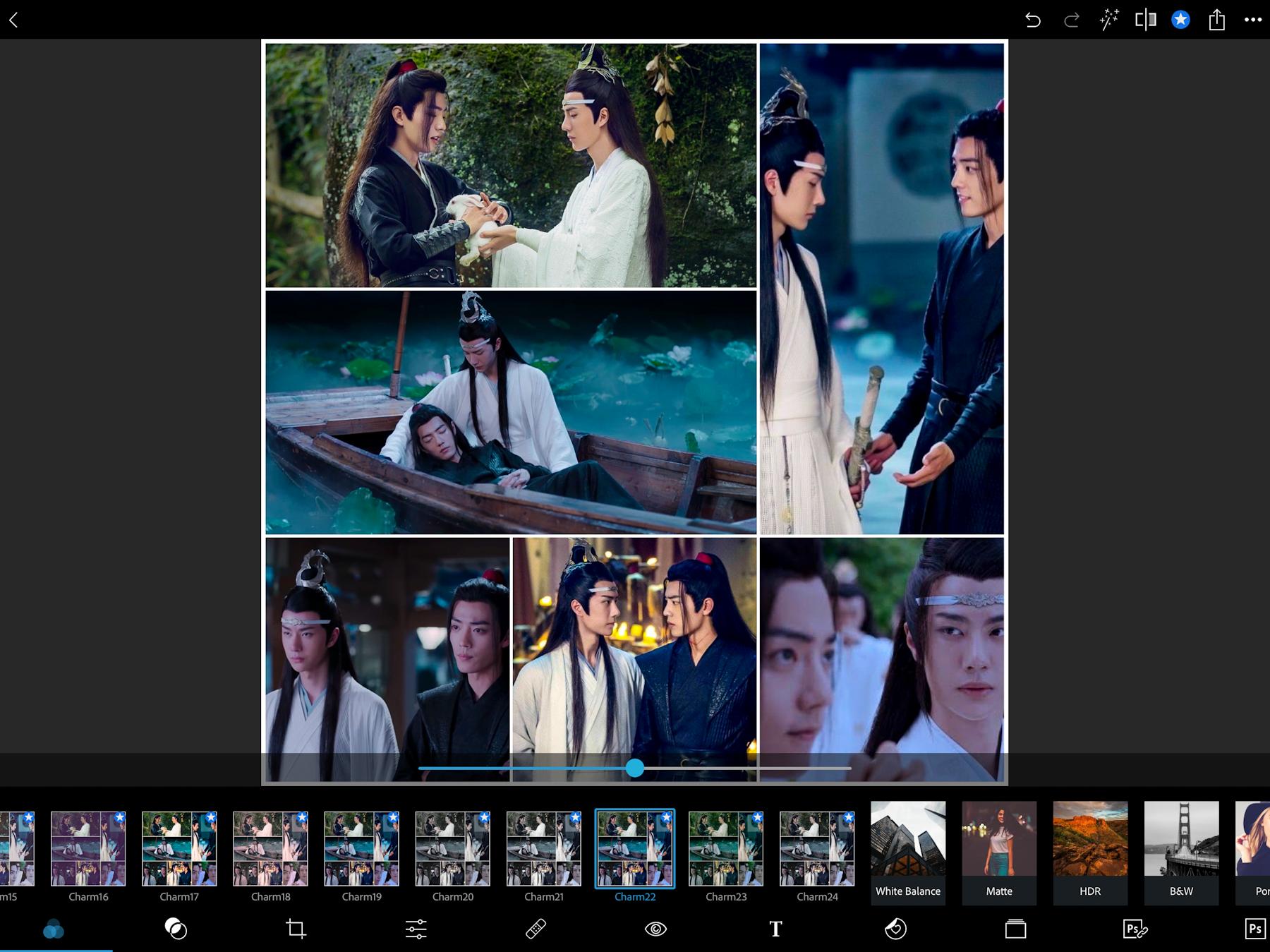 Or you can edit it yourself! It is just a matter of personal taste. For this image, I changed the values of Contrast, Highlights, Shadows, Whites, Temperature, Tint, Vibrance, Clarity, Fade, Grain, and Reduce Luminosity… so basically almost everything! 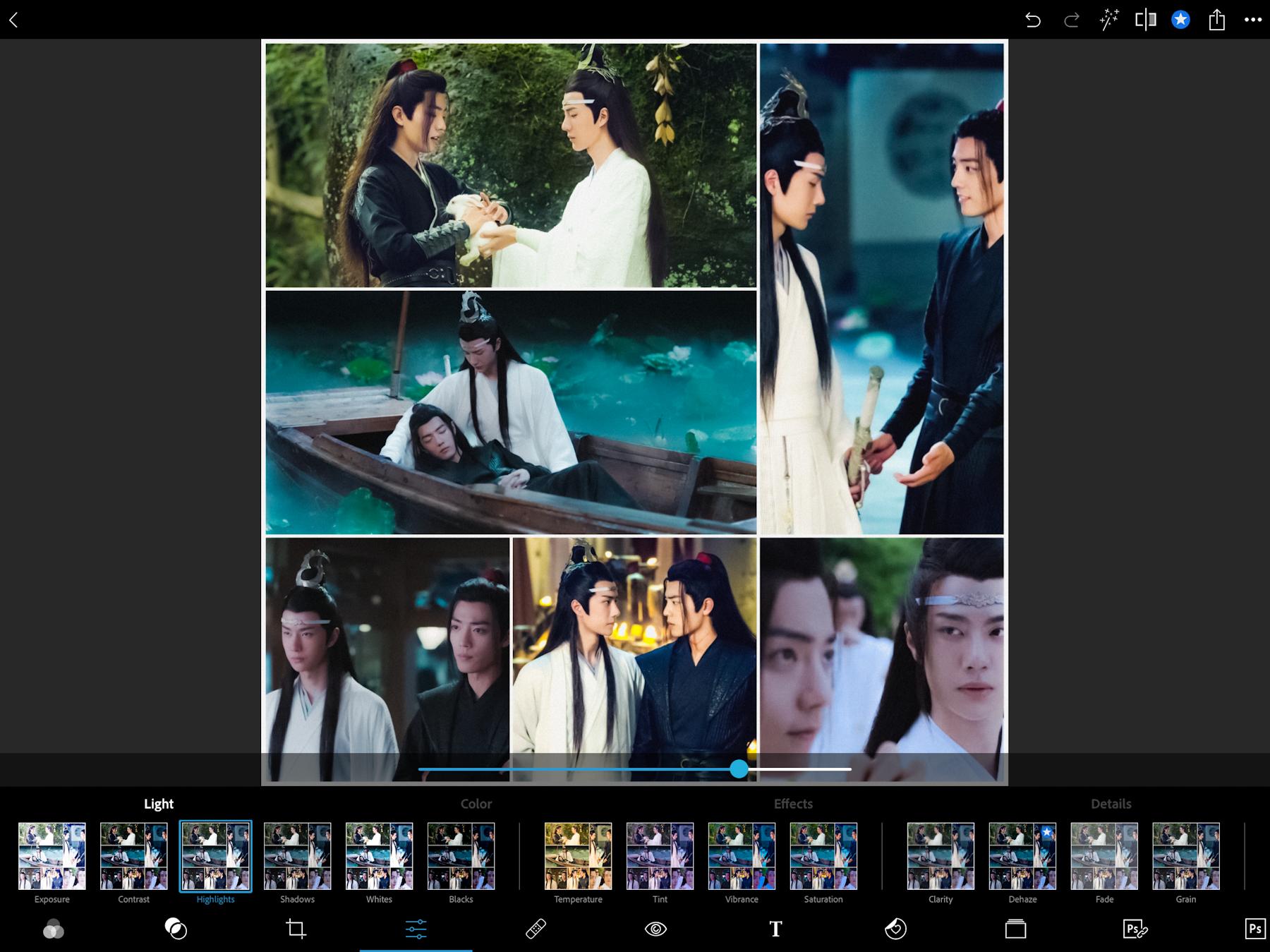 You can also add light effects if you’d like. Sometimes I like to add it to a piece, other times I don’t. 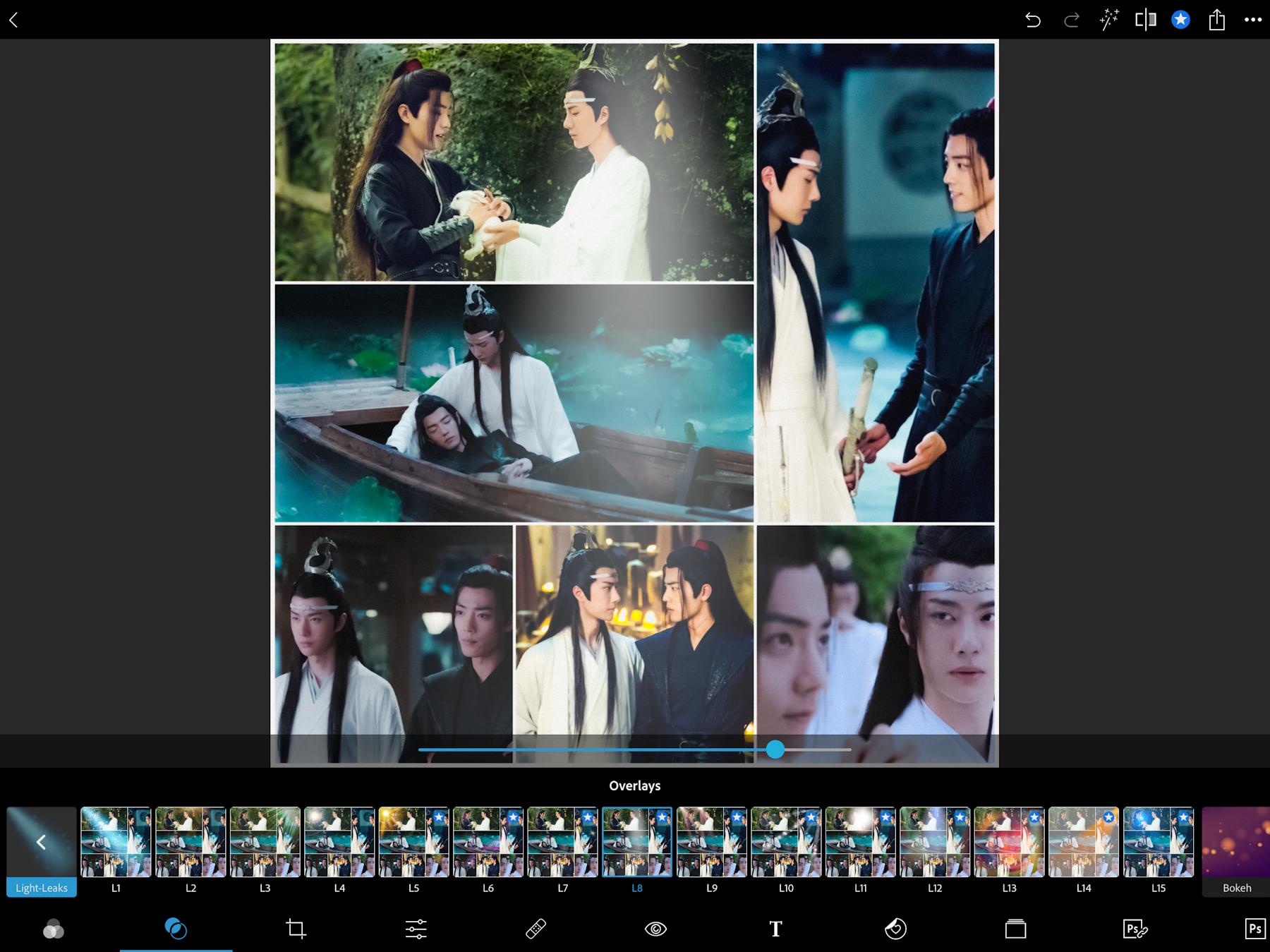 And here is our finished piece! 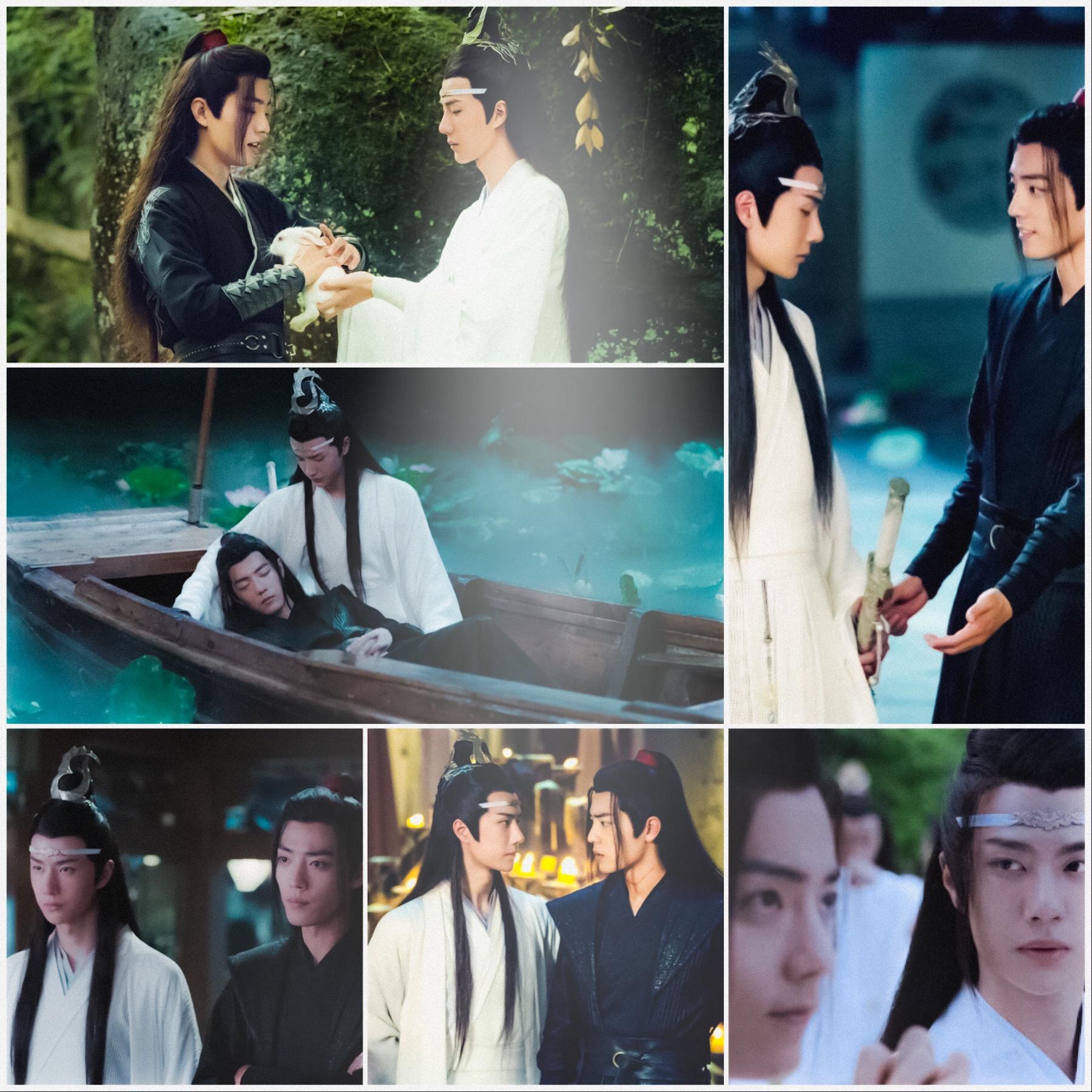 8) As I said before, I use Sketchbook for coloring and manips. My manips started out as considerably basic. As I got more confident with my collage-making skills, I decided to go back and try making manips again. I tend to think I’ve improved a bit 😉

For my manips I tend to use the largest image as the base. I might rearrange the order later, but I prefer to start with the biggest image and end with the smallest. Sometimes I even take images that I was originally planning on using out because I don’t feel like they’re working. I also usually edit my manips after I make them in PS Express, just to add a little extra pop. 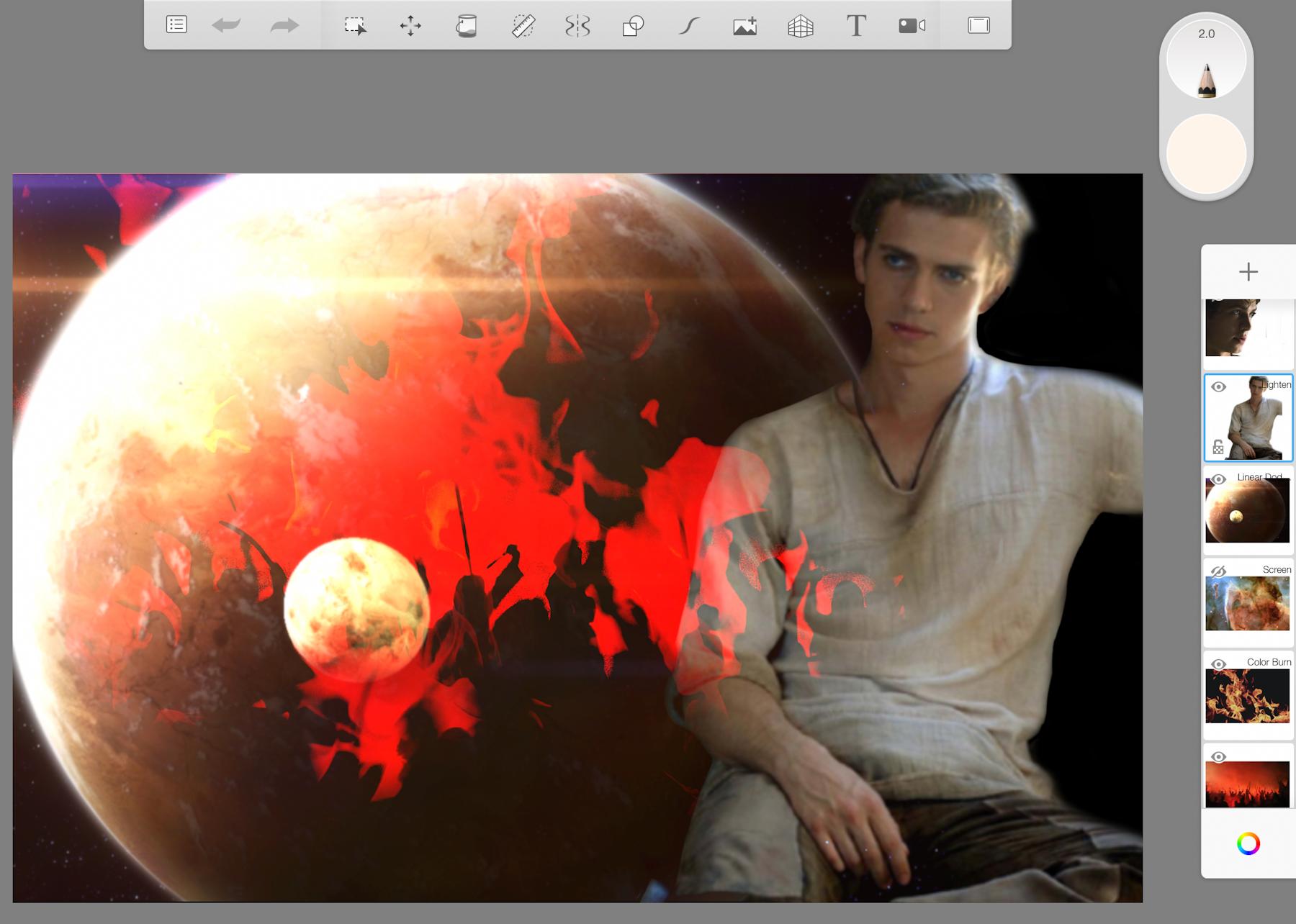 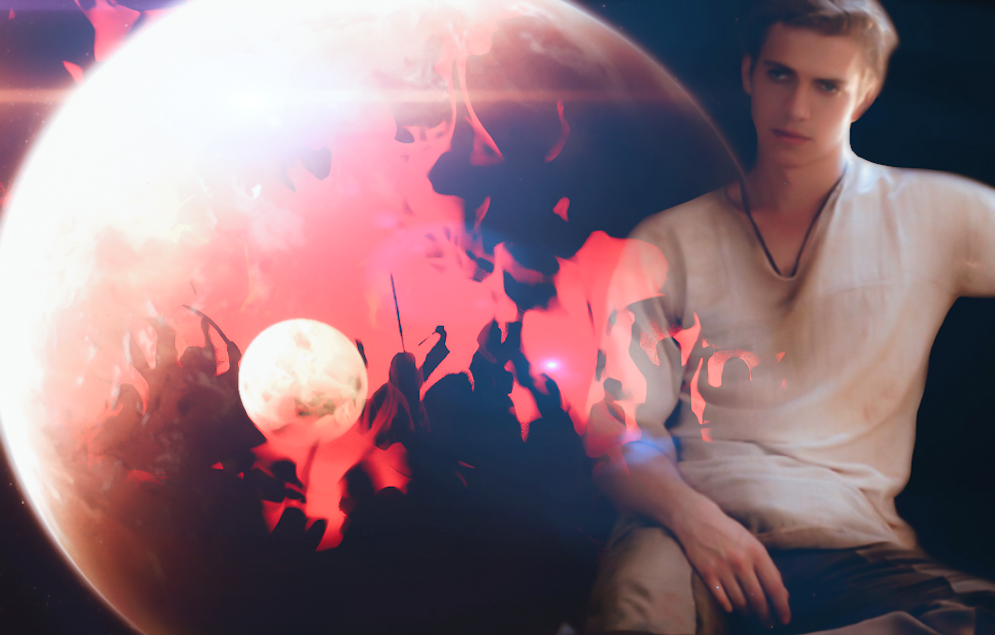 9) I also use Sketchbook for coloring. What I mean by that is basically changing the eye or hair color and thus making something go from this 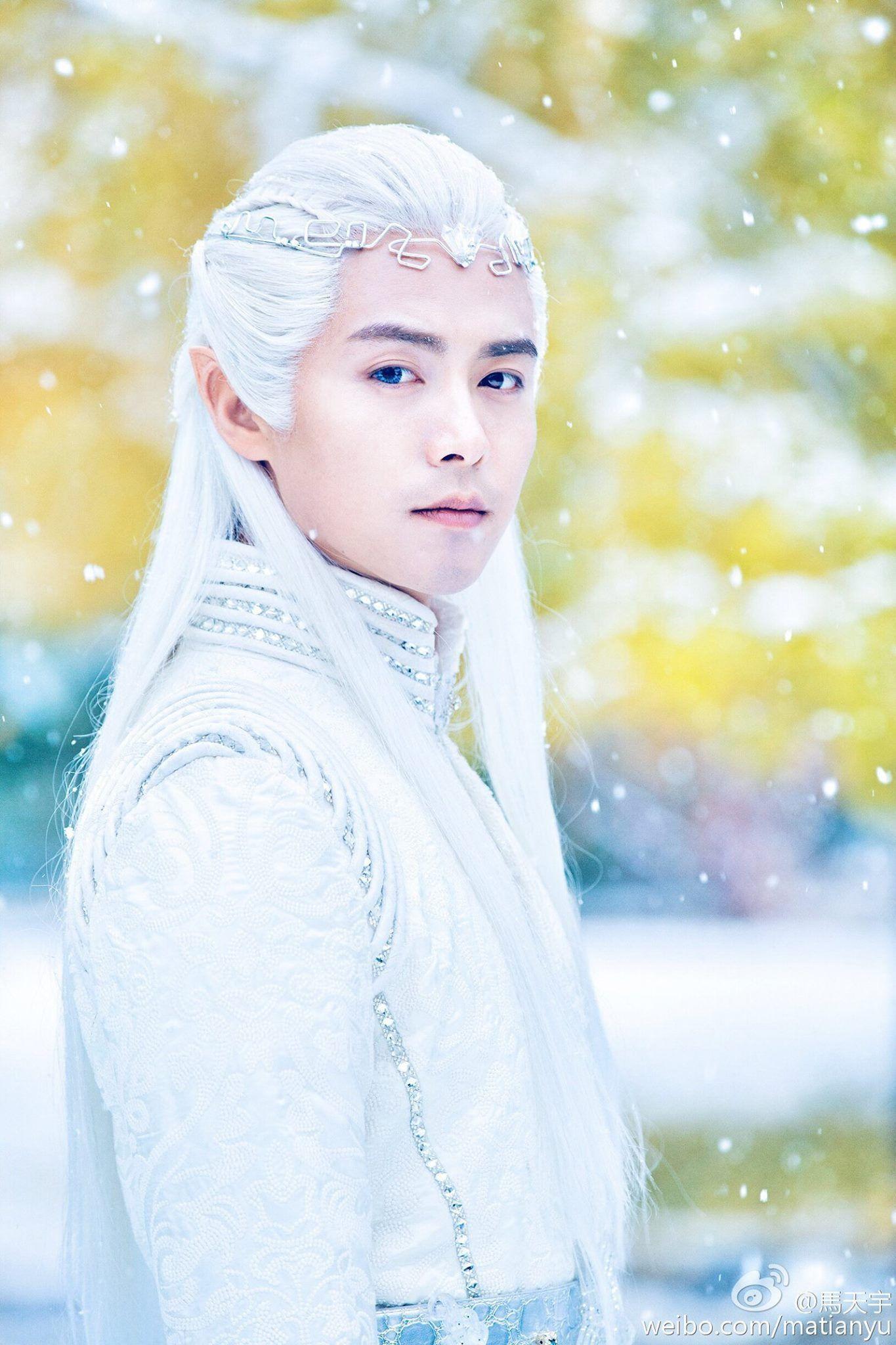 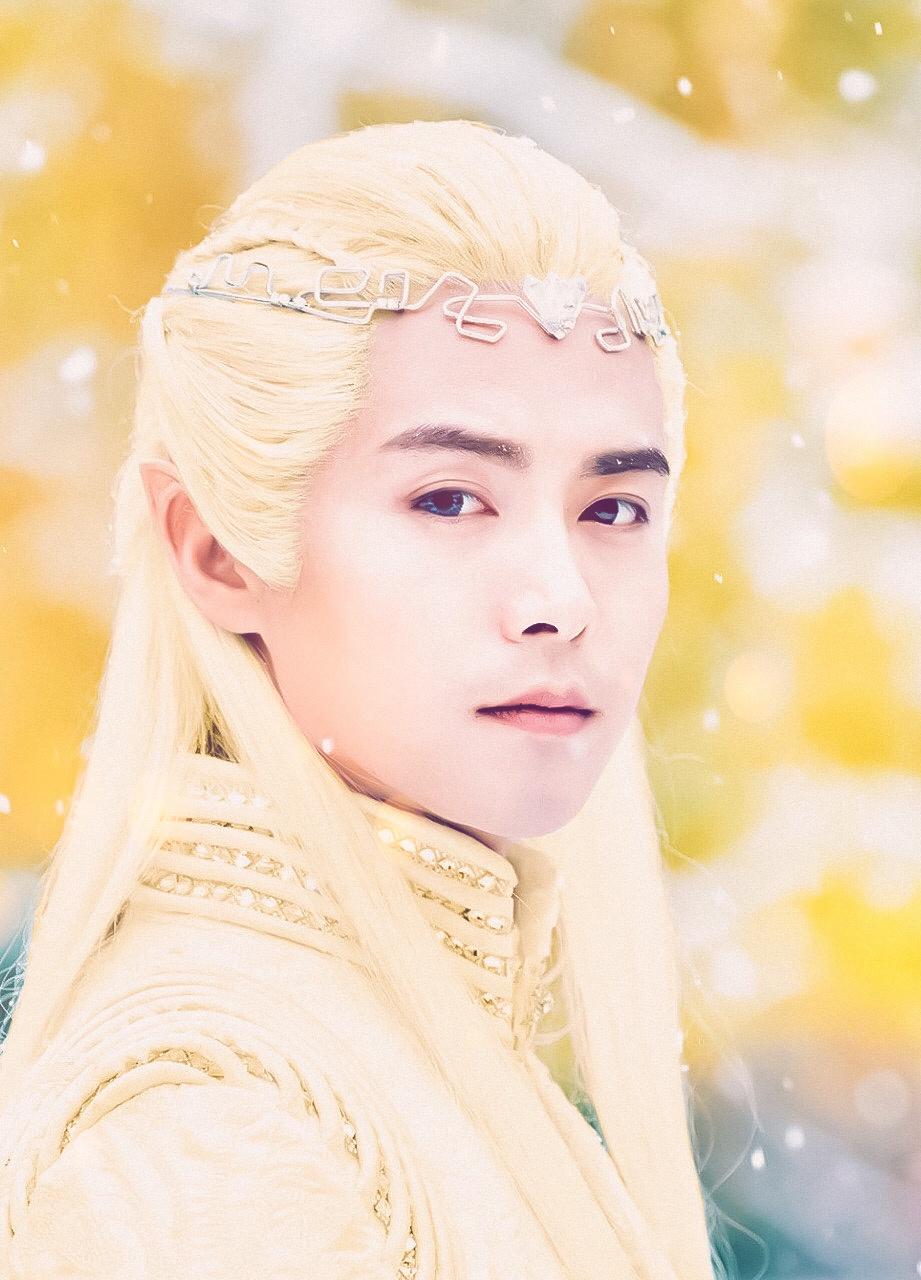 Sometimes this is easier said than done and involves multiple layers (and then Photoshop). When it comes to coloring, by the way, don’t draw on the base layer! Draw on a new layer so you can blend!

10) My process for editing with Sketchbook, is to start with ‘new from image’ then ‘import photo’. If I want to add additional pictures, to make a manip, then I click on this the option circled and add the image I’ve already saved. I also add my text in PS Express but if you want you can probably add it in Sketchbook.

11) Lastly, when it comes to finding images, when it comes to using images from the source, screencaping it yourself is probably your best option but Google Images works fine if you’d rather not. For other, more aesthetic images, I use unsplash [unsplash.com] because I find it to have a wide variety of good quality photos that are free to use. When it comes to basic fantasy images, however, that is a tad more difficult. You’ll find a lot on Pinterest but Pinterest is… not great. Sources are hard to come by, which means you don’t know if the photographer would want you using it. As such, I can’t really recommend it.

I hope you found this helpful!